Creative Programmes Manager Kate Duncan looks at some of the ways art can help us understand dementia, raise awareness about and support people with the condition.

Though estimates indicate there will be over a million dementia sufferers within the next 10 years, it remains a subject many of us prefer not to talk about.

At City Arts we do want to talk about it and over the last couple of months I have been finding out more about the disease.

The work of William Utermohlen

In April, I attended a conference in Oxford that looked at the relationship between the arts and dementia. It was very encouraging to see how much work is taking place in this area.

The video shows Dr Sebastian Crutch, a speaker at the conference, talking about dementia. In Oxford he spoke about artwork created by William Utermohlen, an artist who in later life was diagnosed with Alzheimer’s disease.

“…from that moment on, he began to try to understand it by painting himself” 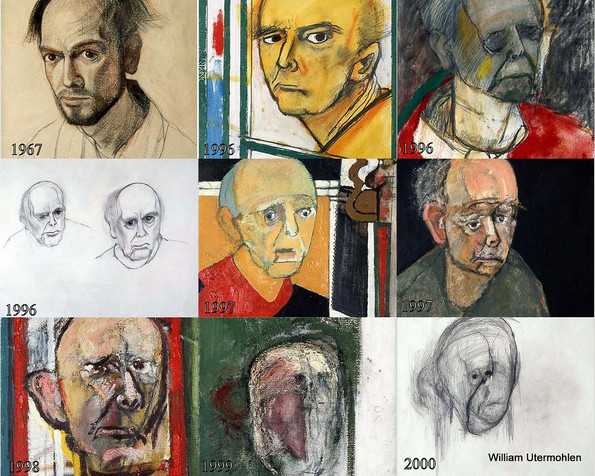 Utermohlen’s work, whilst depicting his battle with the condition, also demonstrates how he adapted his skills as an artist. In the 1960’s he was a bold figurative painter. Over an eight-year period after his diagnosis he painted self-portraits. He adapted his style to the growing limitations of his perception and motor skills and created images that evocatively documented his experience of the illness. The resulting body of work serves as a unique artistic, medical, and personal record of one man’s struggle with dementia.

In May, I traveled to Cardiff to see Re-Live perform Belonging, a play written and directed by Karin Diamond. Re-Live, who delivered a training day for us in February, are a theatre company whose work explores the life stories of older people. 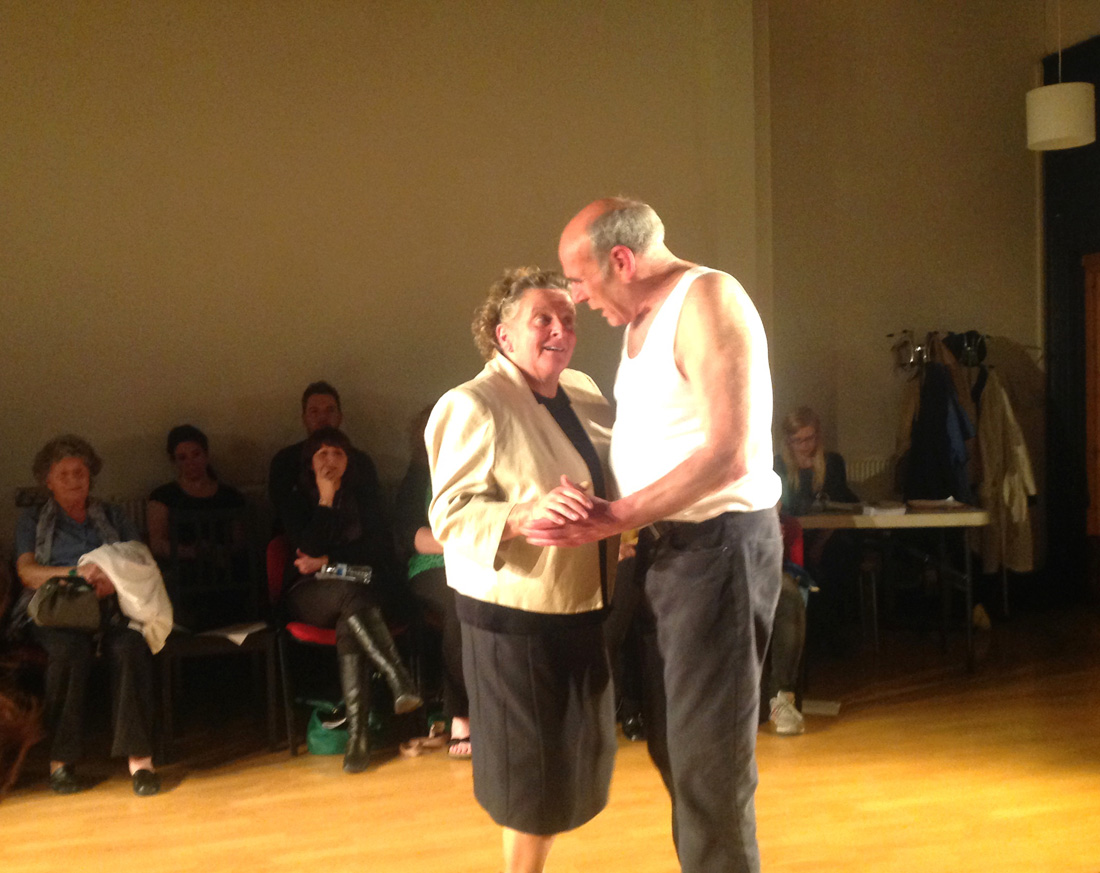 Belonging was created to raise awareness about dementia amongst health professionals and people caring for their loved ones. It was an intimate piece with the actors occasionally breaking to interact with the audience; very emotional at times, warm and light-hearted at others. The thing that struck me most of all was the strength of the voice it gave to those living with dementia.

Poetic monologues were scattered throughout the show, based partly on interviews with dementia patients:

“The dark grey sky meets the dark grey sea, and the sea roars up onto the black sand and the light of the sun is nowhere to be seen, and I don’t know where the sea ends and the clouds begin, but I know that I used to know”

At the end of the performance there was a Q&A session which stimulated some interesting discussion. The performers felt that not enough people are talking about dementia. Performances like this (there are a few pieces of work being developed around Britain) give communities the confidence to begin talking about and helping to de-stigmatise the condition.

The Centre for Dementia

At the end of May, I attended the launch of the Centre for Dementia, hosted by Professor Tom Dening at the University of Nottingham’s Institute of Mental Health. Sharon Scaniglia from Nottingham City Council and I were asked to talk about our newly funded arts and older people’s programme, Imagine. 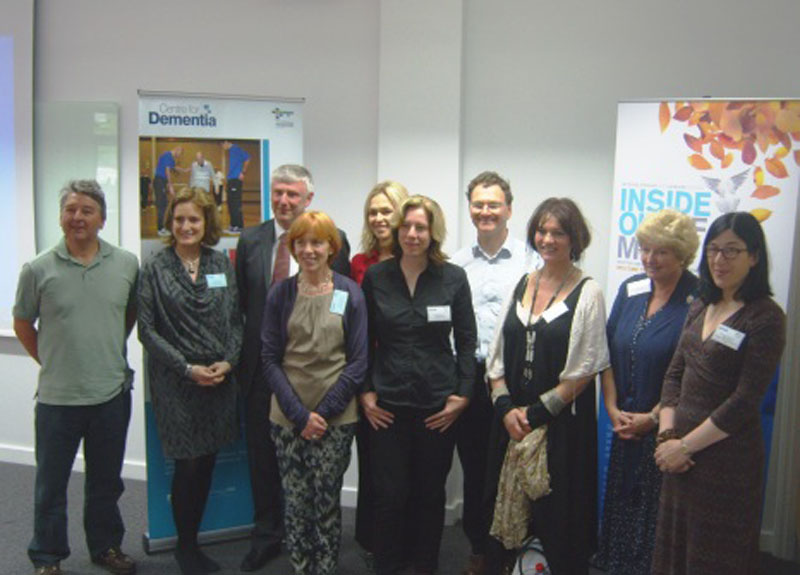 Tanya Myers and Professor Justine Schneider spoke about the story of Inside Out of Mind, a performance about dementia, explaining how they took their research and turned it into drama.

The event demonstrated how the arts can be utilised to benefit people with Alzheimer’s. So let’s talk about dementia…

Read more: '‘Only the Lonely’ – how the pandemic added an extra dimension to Tony Fisher’s loneliness project'