We’ve joined forces with new Nottingham-based carnival company Can Samba to produce our biggest, most inclusive, carnival troupe to date. Mobility scooter users will join over sixty other participants from across the city in the Nottingham Carnival Parade on Sunday 23rd August 2015.

For the second year running our troupes theme is ‘Flying Free’, a celebration of birds, bees and other creatures of the sky.

Can Samba is a partnership between artist and performer SaRena K and percussionist Ceri Howells. With support from City Arts, they successful applied for £15,000 of Arts Council England Grants for the Arts funding. The funding supported a series of costume making, samba dancing and drumming workshops open to people of all abilities. Volunteers have invested over 1000 hours of their time into bringing the troupe to life. 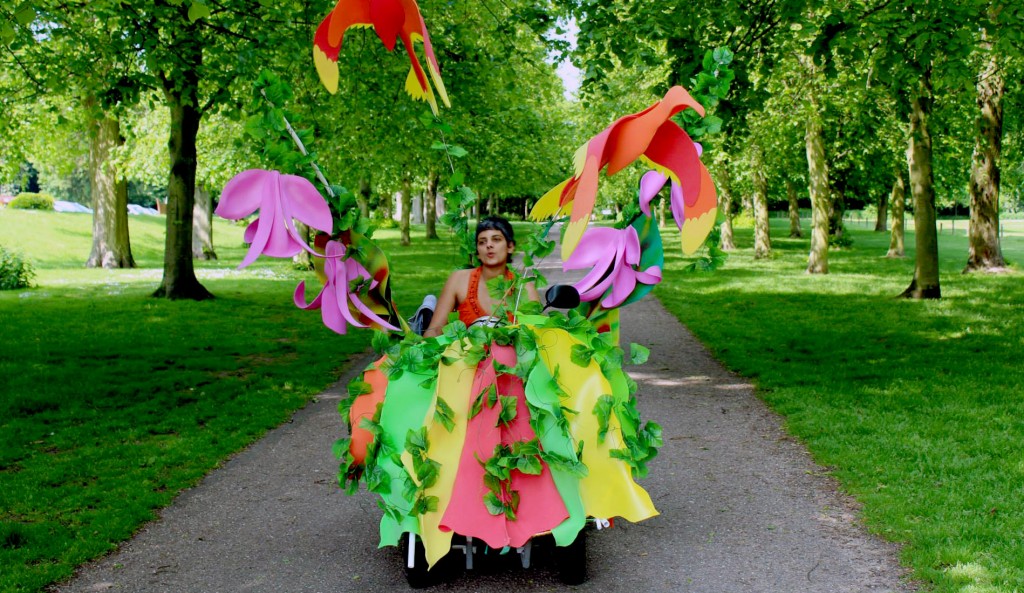 A fleet of incredible decorated mobility scooters will give people whose mobility issues previously excluded them from the parade the opportunity to get involved. Boasting specially designed “shells”, adorned with flapping birds and dangling flowers, these mini-floats will act as a centrepiece for the troupe. 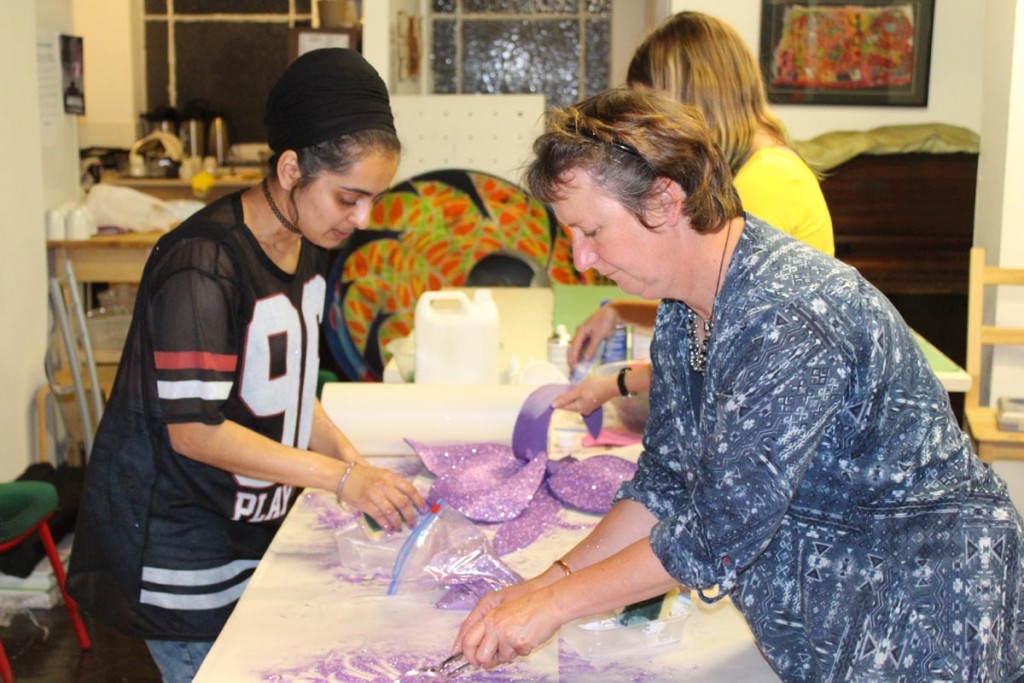 Inspired by the ‘Bianas’ of Rio Carnival, older women who don spectacular dresses for the celebration, the two organisations have recruited and trained a group of women aged 50+ who will process gently along the route.

Kathy Thomas, 59, has worked behind the scenes on Nottingham Carnival for years; this will be her first time performing in the parade:

“I’m really excited. SaRena and Ceri have created a very special feeling of community around the carnival, which has given lots of people the confidence to join the parade for the first time. I can’t wait for Sunday.” 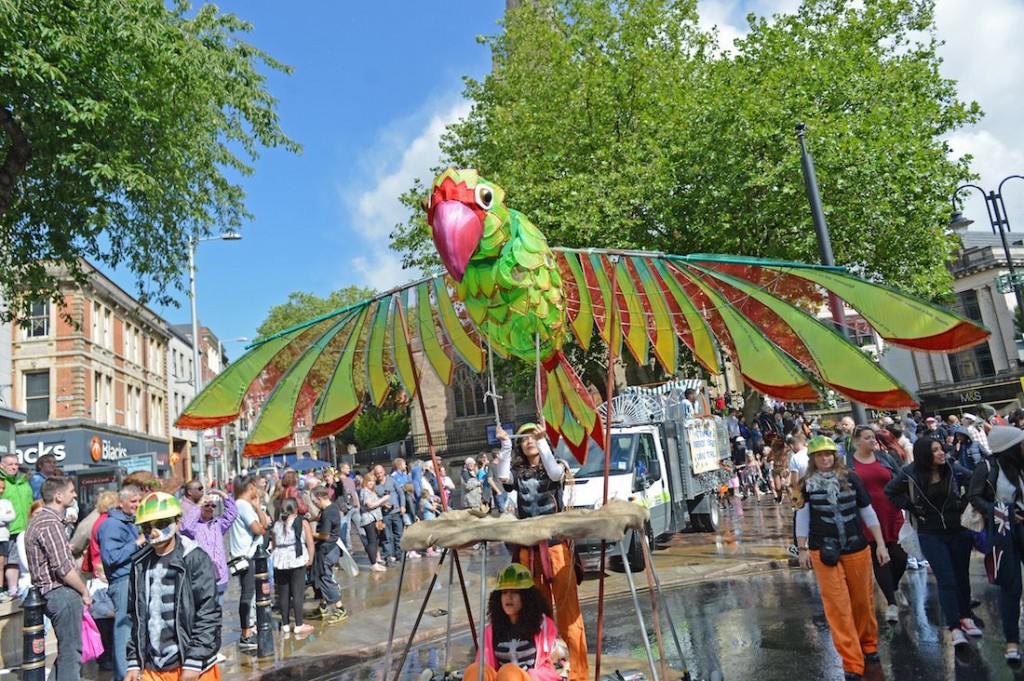 Youngsters who attended one of our Express Yourself courses will process with a dragon puppet that they created in workshops with local theatre designer Vic Potterton. Our Express Yourself programme supports young people from Gedling aged 13-17, who have mental health issues.

The free community-led Nottingham Carnival parade will process along the Victoria Embankment, starting at 2pm on Sunday 23 August.